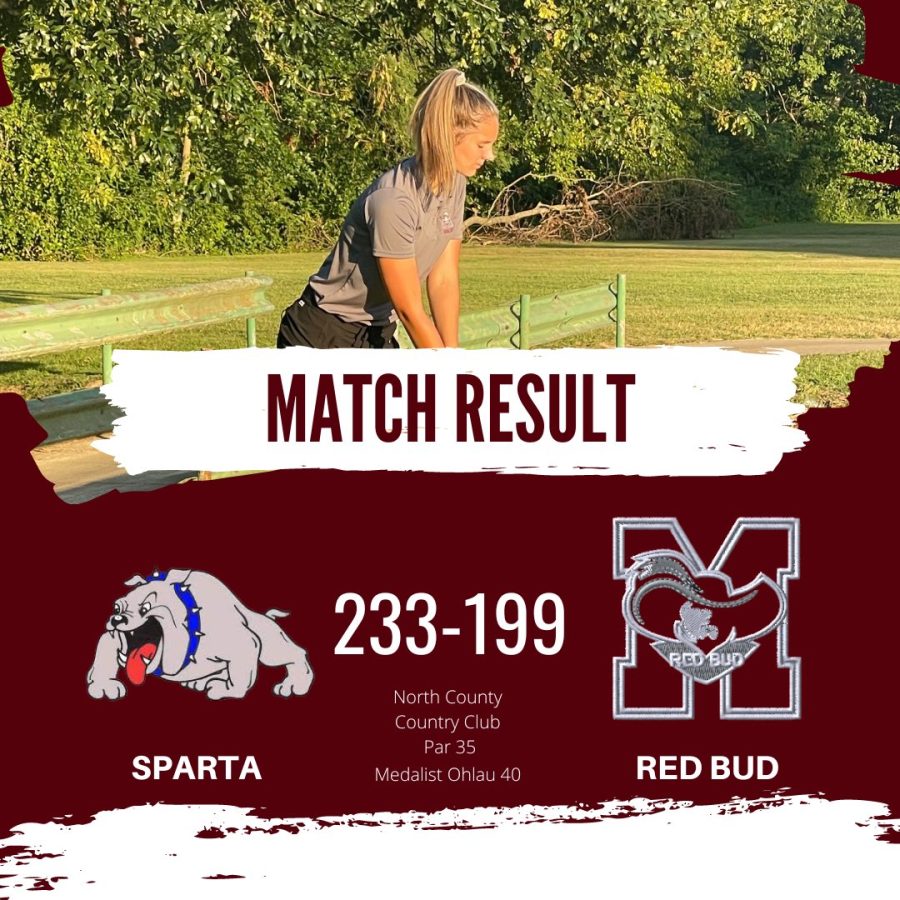 The Red Bud Musketeers Girls Golf Team has reached the halfway point of their season with the start of their third week of High School golf. Their first match of the week was a tri-match against Father McGivney and Granite City at Arlington Greens. Annabeth Ohalu was the lead scorer with a 43. Brenn Wilson came in second with a 46. Raleigh Rosson shot third with a 54 and Lydia Koesterer shot fourth with a 56. The girls picked up 2 wins with a 199-team score.

Their second match was another tri-match against Sparta and Valmeyer on Wednesday, August 31st at the North County Country Club. Ohlau was the lead scorer for the team shooting 40. Wilson was just behind Ohlau with a 42. Koesterer took the third spot with a 57. Makayla Liefer and Summer Luttman tied for the fourth score, both shooting a 60. The Girls took home a victory against Sparta by a score of 199-233. Valmeyer did not report a team score.