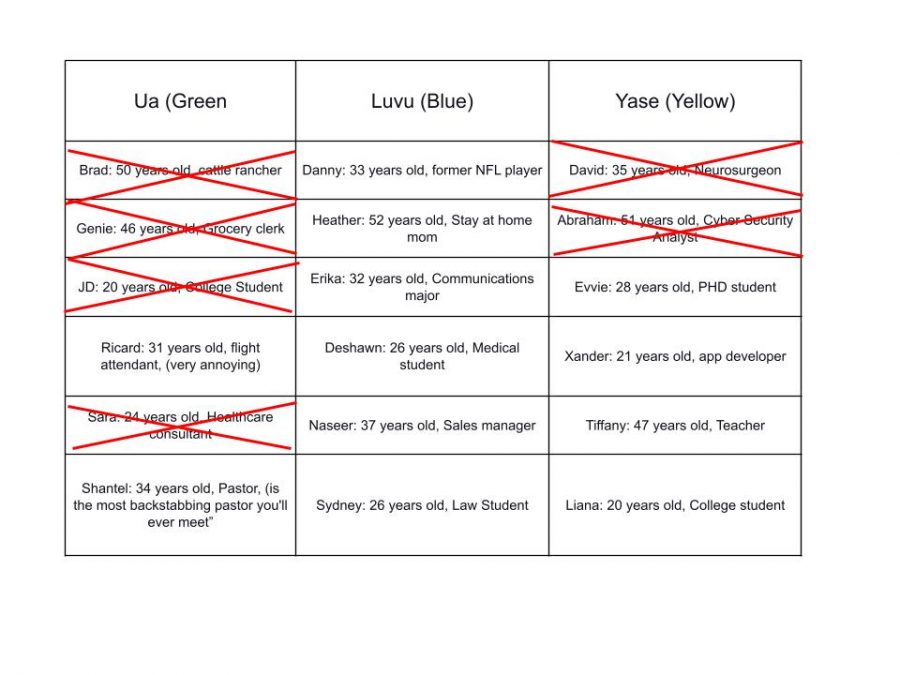 After the immunity challenge in the last episode, the green tribe is being sent to the tribal council. Two green members were at risk of elimination, JD and Genie. After a suspenseful wait, the next person eliminated was JD. The Green tribe returned to their camp after their 2nd straight loss, and are now down to 3 members.

Episode 5: The Strategist or the Loyalist

As stated before, the green tribe is down to 3 members. The Green tribe talks to each other back at camp about voting out JD. Genie feels like she is now all by herself, however, she finds an immunity idol. She is convinced not to open in by the other members of the Green tribe, and that is a stupid mistake. Genie is just calmed down by the rest of the tribe and told things to calm her down so she does not open the immunity idol, which would make her unable to be voted out.

After the green tribes talk, we move on to the immunity challenge for the week. The challenge is once again just another obstacle course that ends up being a race to the finish. This week it was a close race up until the end. The Yellow tribe finished quickly and was soon followed by the blue tribe. The Green tribe is left once again, with 3 people, and having to vote one out.

The Green tribe is a mess. They keep losing challenges because they are run by a stupid flight attendant and an evil pastor. So… will the two people who are in an alliance and evil get voted out or will the odd one out who has almost no communications with the other two get voted out.