The Corruption of Joe Manchin 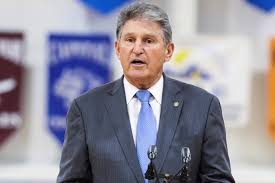 Joe Manchin is the senior United States Senator from West Virginia. A member of the Democratic party, Senator Manchin is one of the most influential senators in the United States Senate. You’ve probably heard his name come up quite often if you are an avid follower of politics. If you happen to identify more with the right politically, you probably like what Joe Manchin is doing currently, but if you happen to align more with the left, you probably hate what he is doing. Joe Manchin is a hardcore obstructionist, and along with Senator Kyrsten Sinema of Arizona, he is holding up President Biden’s agenda.

Currently, Joe Manchin is being a PITA and something needs to be done about him. The Biden administration is trying to pass their Build Back Better Plan which is overwhelmingly popular with the American people and is beyond popular with the citizens of West Virginia.

The bill contains a lot of amazing provisions such as: lowering the price of prescription drugs, housing, health care, child care, and higher education. The bill also cuts taxes for working-class citizens as well as extending the Child Tax Credit. One of the most important parts of the bill, arguably, is President Biden’s plan to combat climate change. Biden plans to combat climate change by creating good-paying, union jobs in the energy sector, as well as extending clean energy and electric vehicle tax credits. And how will this all be paid for? By taxing the ultra-wealthy.

To most people, the House of Representatives, and all but 2 Democratic senators, all of these provisions sound amazing, and this reflects in the polls. The Build Back Better Plan polls at 71 percent of voters supporting the idea of taxing the ultra-rich to pay for this bill. In Manchin’s home state of West Virginia, the bill is still overwhelmingly popular, polling at a net positive 43 percentage points. That’s a landslide proportion of voters.

Why does Joe Manchin not support this bill? Well, the answer is quite simple. Joe Manchin does not actually care or represent the people of the United States, or even West Virginia for that matter. Joe Manchin is bought out by the fossil fuel industry, where he receives HEAVY campaign donations. Since his campaign is essentially run by fossil fuel giants, he’s serving their interests and not that of the American people. While his state of West Virginia ranks basically the worst in every category you can think of, Joe Manchin and his family have become millionaires from the fossil fuel industry and by price gouging the EpiPen, when his daughter, Heather Bresch became CEO of the Fortune 500 pharmaceutical company: Mylan.
Laying out Joe Manchin’s blatant corruption gives all the evidence as to why Joe Manchin is stalling the President’s agenda. Manchin simply does not care about you. He cares only about himself and satisfying the greed of his family dynasty.