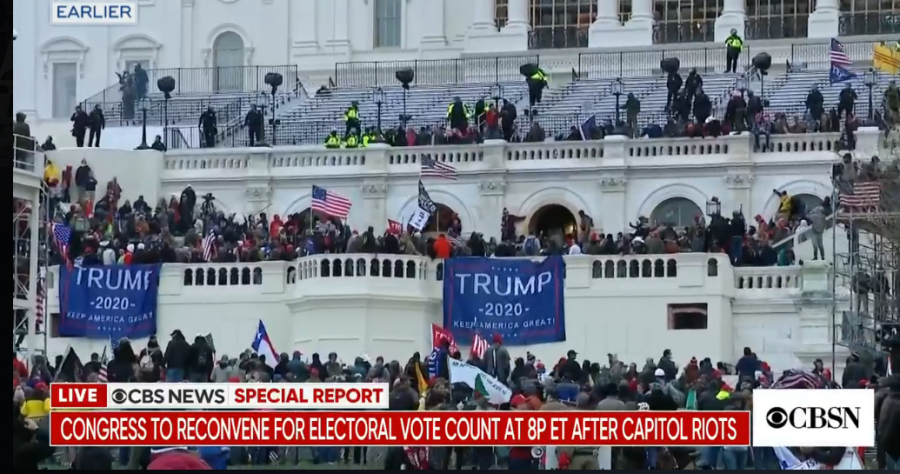 Since 1797 when the first transition of power from one president to another occurred, America has enjoyed a proud tradition of a peaceful transition between leaders. This was a luxury that we took for granted for nearly 224 years until the tragic events of January 6, 2021. On that tragic day, pro-Trump rioters stormed the capitol building in a desperate, deadly attempt to halt the democratic process in its tracks. As most of us know, they stormed the capitol complex looking to possibly kidnap members of Congress and the Vice President of the United States, and to attempt to stop the verification of electoral votes. These tragic, horrific events led to the deaths of five people and were incited by the rhetoric and conspiracies of one man: President Donald J. Trump.

The House of Representatives brought forth charges of impeachment against the President, accusing him of incitement of insurrection. The trial in the Senate took place from February 9th to the 13th. Democrats laid out a case using both visual and textual evidence to argue that President Trump’s continual lies and conspiracies of widespread electoral fraud, along with the rhetoric of fighting and anger that he perpetually fed his supporters, incited the rebellion of January 6th. They highlighted quotes from the former president such as “We fight like hell and if you don’t fight like hell, you’re not going to have a country anymore,” and “And we got to get rid of the weak congresspeople, the ones that aren’t any good, the Liz Cheneys of the world, we got to get rid of them. We got to get rid of them,”. Trump’s defense team focused on the former President’s first amendment rights of freedom of speech. They showed a video of various democrats uttering the word “fight” in approximately 240 out-of-context clips to accuse the Democrats of hypocrisy. Trump’s feeble defense relied heavily on “whataboutism” to shift the blame away from the former president.

The prosecution team only received 57 of the 67 votes needed to convict President Trump. 43 Senators voted to acquit a man who incited a rebellion against our government. They are allowing a precedent for presidents to attempt to overthrow the government if they simply lose an election. Every Senator that voted against conviction has betrayed the very ideals of liberty, freedom, and democracy that our nation was founded upon. This shouldn’t be a partisan issue. Any freedom-loving American should realize that the actions and words of former President Trump truly show that he is in fact guilty. Our government has failed to give the American people the justice they deserve.