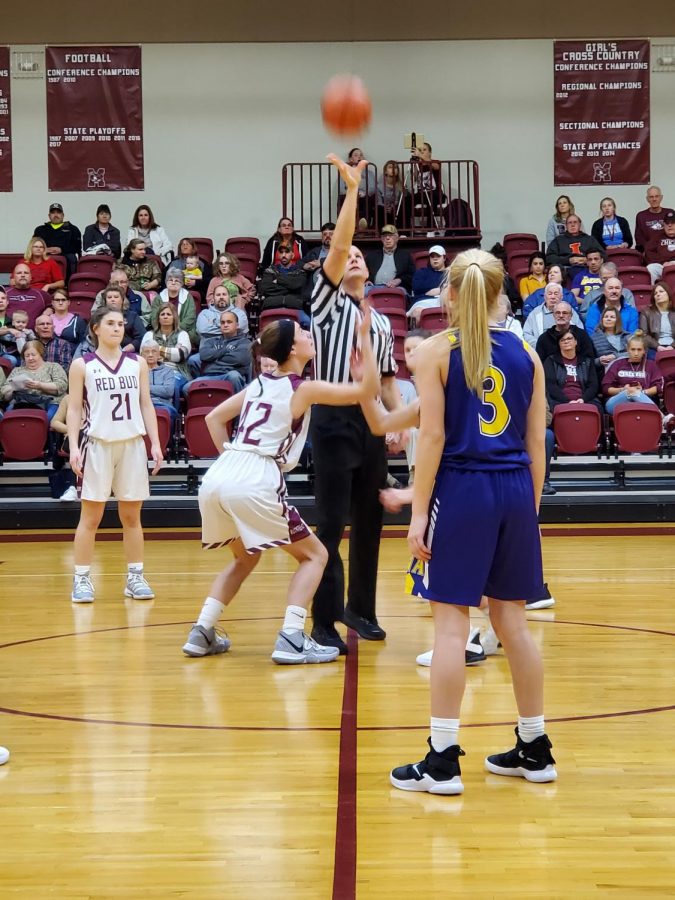 The girls struggled more in the second quarter. Of the five points added, Grohmann had four of them from two-point shots and Carle went one for three from the free throw line. New Athens managed to add sixteen points to their score, which made the score eighteen to twenty-four at halftime with New Athens in the lead.

During the third quarter, Red Bud gained twelve more points. Chloe Wild and Sievers each had three points from a two-pointer and a free throw each. Grohmann scored another four points from two-pointers. Carle also made another two-point shot. New Athens got eight points in the quarter, which meant that Red Bud was trailing by two going into the final quarter.