Musketeers Fall to the Bulldogs 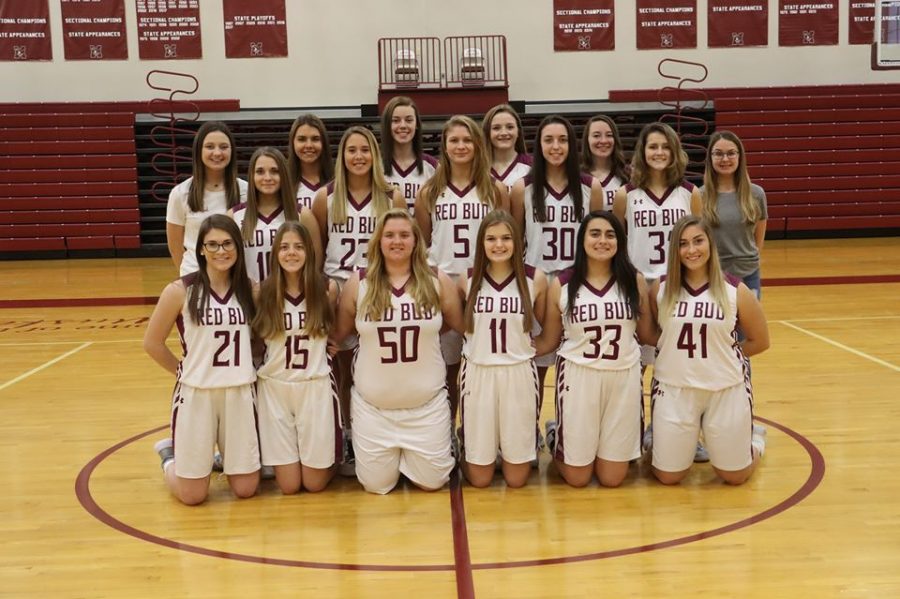 On Tuesday, December 3rd, the Red Bud Lady Musketeers played the Waterloo Bulldogs at home. In the first quarter, Red Bud scored seven points. Chloe Wild hit a two-point shot and Kassidy Ellner made one of her two free throws. Amber Stengal also scored four points with a couple two-pointers. Waterloo scored and brought the score to seven to seventeen.

Throughout the second quarter, Red Bud added seventeen points to their score. Reese Foster, Hannah Sievers, and Meredith Whelan each went one for two from the free throw line. Sami Lucht made eight points herself from a few two-point shots and two free throws. Ellner and Stengal both added three points to the score from Ellner’s three-pointer and Stengal’s two-pointer and one free throw. Twelve points were scored by Waterloo and the score was twenty-four to twenty-nine going into half-time, with the Musketeers narrowing the gap.

During the third quarter, the Musketeers scored eight points. Claire Grohmann, Olivia Carle, Sievers, and Wild each made a two-point basket. Waterloo, however, added another fifteen points to bring the score to thirty-two to forty-four.

In the fourth quarter, the ladies made ten more points. Grohmann, Sievers, and Wild each scored a two-point shot. Ellner also scored four points with a couple of two-point shots. Waterloo was able to score nine points and they won forty-two to fifty-three.