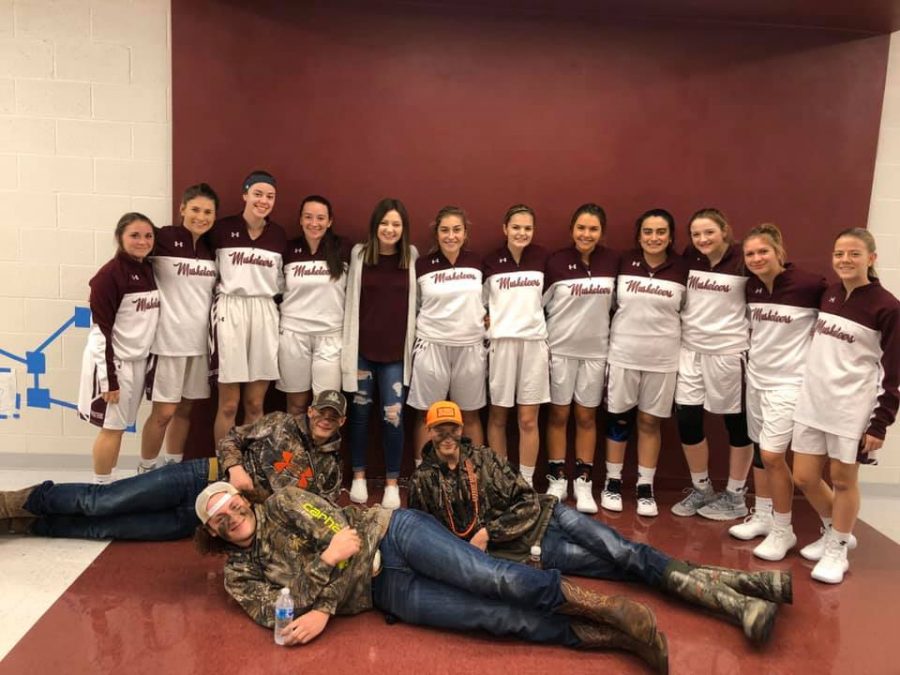 On Tuesday, November 26, Red Bud faced off against Valmeyer at home. During the first quarter, the Lady Musketeers scored twenty-two points. Claire Grohmann made three two-pointers. Kassidy Ellner, Meredith Whelan, and Chloe Wild each scored a two-point shot. Olivia Carle and Sami Lucht scored four points each on two-pointers. Amber Stengal made both of her free throws. Valmeyer scored two points throughout the quarter, leaving the score 22-2 at the end of the first.

In the second quarter, scoring slowed down. Valmeyer scored another two and we scored six. Grohmann, Ellner, and Wild each made a two-point shot. The score was twenty-eight to four going into halftime.

Throughout the third quarter, another twelve points were added to the Musketeer’s score. Grohmann, Whelan, and Megan Stellhorn each made a two-pointer. Hannah Sievers got six points from a couple two-point shots and going two for three at the free throw line. Valmeyer again scored two points, which made the score forty to six.