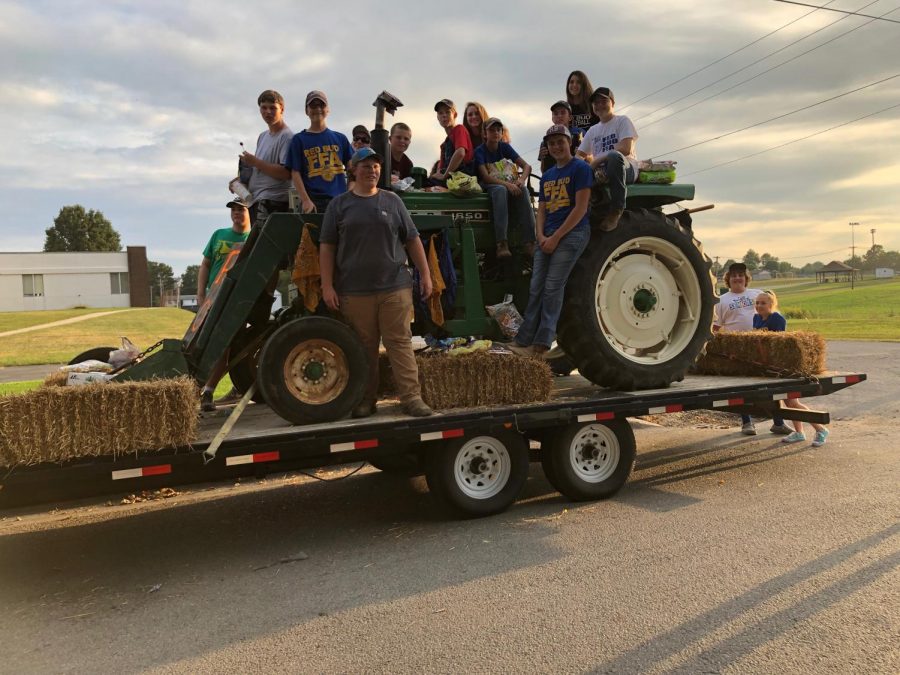 On October 15, about 15 members of our chapter got together at an FFA member’s shop and worked on building the float. We decided to build a monopoly float because the theme of homecoming was board games. We painted a piece of cardboard that said Farmolopy. We also put an American flag on it, a tractor, and the FFA flag. On the day of the parade, we put the finishing touches on the float. We put small FFA decorations on the float and we put bales all around it so we could sit down.  We all brought candy on the float so we could throw it out to all the young kids watching the parade.